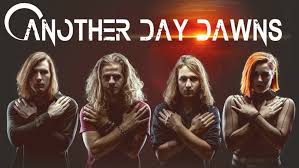 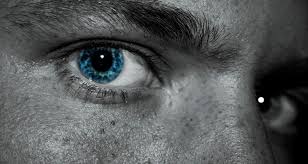 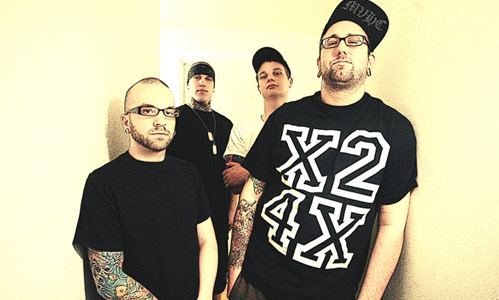 
Previous Interviews
The Gauntlet: How did you guys decide to work with Zeuss at Planet Z this time around rather than Adam Dutkiewicz?

Vincent Bennett: It was one of those things where it was like who we could get... who was available. We've always wanted to work with Zeuss, but Adam's always been there for us, you know? This summer Adam was really busy on another project and the label [Prosthetic Records] really wanted us to record at this certain time, so our obvious choice was Zeuss. Luckily he had some free time and he was into it, and it all worked out. We didn't know what we were gonna do if Zeuss said no, honestly.

The Gauntlet: So the whole recording process went smoothly?

Vincent: Oh, it was awesome. I couldn't have asked for anything better. It's really funny because we know a lot of bands that have recorded with Zeuss and they were all like, "Yeah, man, you know he's really strict, and he's a stickler for all this and that." We got there and we started recording and it was just so laid back and the opposite of what everyone had said. I'm just guessing that it was either them fucking with us or them actually being shitty dudes in the studio.

The Gauntlet: The song titles on the album [Continent, due August 19] are the coolest yet. Can you tell me about some of the concepts behind the songs on the album?

The Gauntlet: So you've got the whole apocalyptic theme going on?

Vincent: Yea, pretty much. It actually falls along a storyline in my mind anyways - I don't know if anyone can really follow it but me. It follows this one dude's path and enlightenment towards exile and his complete and utter hatred for not just the human race, but every living creature on Earth. He in turn ends up becoming the destructor of everything. He also intends to die himself, because how else would you wipe out everything alive on Earth without you dying yourself? It turns out that he lives through the whole thing so he has the whole rest of his life to be by himself, which is what he initially wanted in the first place.

The Gauntlet: I'm guessing you were pretty pissed off when you wrote this album?

Vincent: Yea, I'm pretty pissed off all the time. It was just like a bump in the road of my life I guess where I had to actually express what I felt instead of just thinking it.

The Gauntlet: You guys just got back from Europe right?

The Gauntlet: How'd that go?

Vincent: It was fun. It was our first time over. We were headlining, and it was during all the summer festivals, so I can't say attendance was flawless, but kids would come out to all the shows and they had a good time. They sang along what words in English they understood. It was a really good experience. Like I said, it was our first time there so we were all completely culture shocked. Especially DL [Acacia Strain guitarist]. It was just a good time, we met a lot of really cool people and saw a lot of really cool fights.

The Gauntlet: What was your favorite city?

Vincent: As far as shows are concerned two of the best places were Pinarella, Italy, and London, England. Prague was really nice, and a lot of the architecture was, like, expansive I guess I'd say.

The Gauntlet: How did DL fit in, any funny stories?

Vincent: He didn't fit in very well actually (laughs). He's one of those guys that are like... you see old people that have lived in America their entire life go over to a different country because that's where their parents are from or whatever, and people don't understand English over there because, you know, it's not spoken over there. Instead of trying to mime whatever phrase he wants to say DL just talks louder and slower, which, in another language, does not help whatsoever (laughs). Basically he didn't even try, he just yelled. If it was like "Where's the bathroom?" they'd be like "What?" and he'd be like "WHERE'S THE BATHROOM!?" It's like little things like when you're ordering food, he says "Can I getta cheeseburger?" In a country where England is a second language "Can I getta" means nothing. So it was an experience, I'll just leave it at that.

The Gauntlet: You sound pretty tired, are you guys hitting the road again soon or just laying low for a little while?

Vincent: Luckily we're home for a little bit. We have some CD release shows in New England, but that's easy - there's only four of them. And then I'm gonna go on tour with Cockpunch! for two weeks.

The Gauntlet: Cockpunch! is your more traditional hardcore side project right?

The Gauntlet: Do you have any time to dedicate to it these days?

Vincent: Oh totally, it's not much more than checking the MySpace and all that stuff. The webstore is run by All In Merch so all I really do is come up with the ideas and they print them. I guess that's my artistic outlet if I have one.

The Gauntlet: Who writes better song titles, you or From a Second Story Window?

Vincent: Us definitely. Theirs are too long. If people have to say a full sentence to ask you to play something that's a waste of time. I think Drowningman had the best song titles ever.

The Gauntlet: Tell me about those skits you just put out to promote the new album, where did you find all those screaming kids?

Vincent: Those are just some local kids that come to shows.

The Gauntlet: So you were just like, "Hey wanna be in our commercial?"

Vincent: Well, I don't know if you know Scott Lee, but he has a league of cronies that he has do a lot of shitwork to get into shows for free and all that, and he just asked those kids to be in it. Of course they jumped at the chance to be Internet stars, so... I think they did a good job.

The Gauntlet: How come the drummer [Kevin Boutot] didn't get his own skit?

Vincent: His is actually coming up next week.

The Gauntlet: Who's the best band on Prosthetic besides The Acacia Strain?

Vincent: The best band on Prosthetic besides us... I like Through the Eyes of the Dead a lot - not necessarily the stuff they did with Nate [Johnson] but I really like the "Bloodlust" album. Lamb of God is also awesome, but they're not on the label anymore. I really liked Light This City, but they broke up. I liked Cannae too and they broke up. I don't even know half the bands on it honestly because they keep signing them and not telling me.

The Gauntlet: What do you think of The Funeral Pyre? They're LA locals.

Vincent: I like The Funeral Pyre. The dude John [Strachan, vocalist] that's in the band works for Prosthetic and is a really nice guy and that band is pretty fucking good. I like Beneath the Massacre a lot. I completely forgot they were on the same label as me. Then there's other bands like Book of Black Earth. I haven't gotten a chance to listen to Grief of War yet... I'm sure I'll like them.

The Gauntlet: So are you excited for the Overcast reunion?

Vincent: Holy shit, you don't even know. Overcast is one of my favorite bands, and they have been since I was like 15 or 16 years old. The last time there was a reunion we got to play a couple of those shows and it was awesome. I'm really excited for the CD because a lot of the old songs that they're re-recording, the original recordings are not that good.

The Gauntlet: Have you heard it yet?

The Gauntlet: Yea it does. I got a promo copy, it sounds amazing!

The Gauntlet: Do you know those guys?

Vincent: Yea, well I know Brian [Fair, vocalist]. I don't really know anybody else in the band, but I know Brian because we toured together, and I know Mike D['Antonio, bass].

The Gauntlet: I had guessed that you probably grew up listening to them?

Vincent: Yea, definitely, they're really one of the first Satan-worshipping metalcore bands that I got into (laughs}. Them and Cave In really strayed me away from God I guess.

The Gauntlet: Do you think Aftershock should reunite as well?

Vincent: Yes, and we should play. I know Toby [Dutkiewicz, vocalist] really well because he put out our first record and everytime I see him it's like "When's the Aftershock reunion?" He's thinking about it really, he said he was down to do whatever, it's just the other dudes in the bands that have to be convinced. I think Adam might not want to, but who knows?

The Gauntlet: You probably get this a lot, but is it ever difficult being the only straight edge member of the band?

Vincent: No, I've gotten accustomed to it. I've been in this band for 6 or 7 years so it's like one of those things where I'm like, "Yea, you guys are smoking weed, I'm gonna be over here reading a book." I'm so used to it I even encourage fans to give them weed because if they don't get weed they get cranky (laughs). People say it's not an addictive drug, and I even say it's not an addictive drug, but for certain people if they don't get their weed, it's almost like an addiction.

The Gauntlet: Believe me I have friends like that. So what's your favorite album of 2008 so far?

Vincent: I really like the new Blacklisted record, "Heavier Than Heaven, Lonelier Than God."

The Gauntlet: Just saw them at the Sound and Fury Festival!

Vincent: Geez, you're so lucky you got to go to that.

The Gauntlet: It's the best music fest going on here on the West Coast no doubt.

Vincent: That's awesome. Yea, that CD and... I've pretty much given up on all, you know, "metalcore" and all the new "death(whateverthefuck)core." I hate calling shit deathcore, but there's no other word for it. I've really just given up on all of it, because there's just so much at the same time that it's like... it's just getting generic and thoughtless. I've turned pretty much all of my musical attention to hardcore. The new Cold World record, "Dedicated To Babies That Came Feet First..." is phenomenal. Those two records are pretty much the only two records I listen to at all.

The Gauntlet: What do you think of Trapped Under Ice?

Vincent: Love em. I only have like three songs by them, I guess their demo or something. But it's sick, it's really good.

The Gauntlet: The kids really went off for them at S&F.

Vincent: I believe it.

The Gauntlet: Alright that's it, thanks a lot!

Vincent: I appreciate it, take care.