Arkansas Hardcore/Doom Trio, BONES OF THE EARTH, To Release, "II. Eternal Meditations Of A Deathless Crown"

The Pretty Reckless Release "And So It Went" (Feat. Tom Morello) Official Video 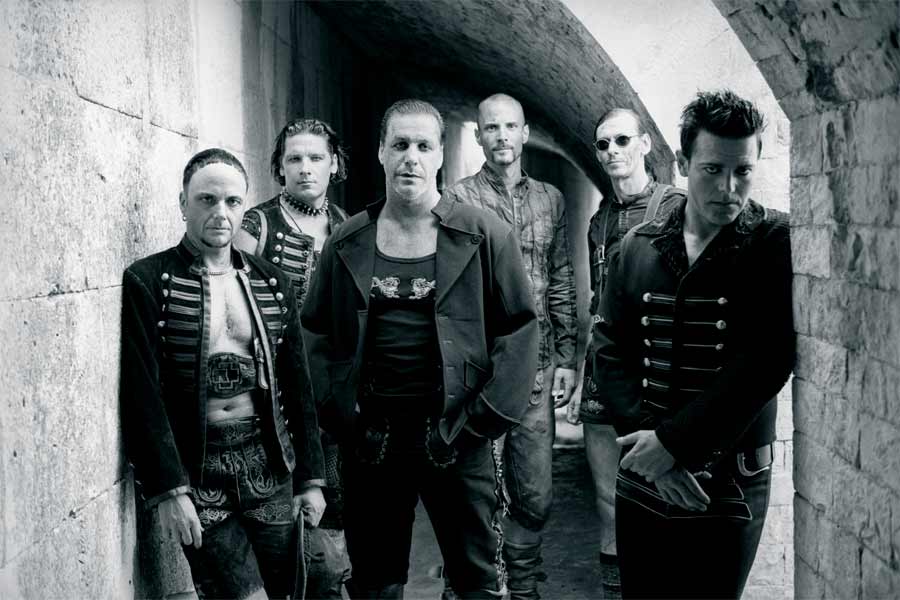 The Gauntlet: How are you?

Paul: Nothing to complain about.


The Gauntlet: What is new with Rammstein?

Paul: The big news is that the band has just gotten back together and has begun working on new songs. We are working on new material and have put together 30 tracks already. There are a few songs that came from individual members at home, but the thing that is really fun this time is the way we work together. That is what is enjoyable.


The Gauntlet: With the last two albums, the band really didn't work together, Richard was in New York and the band was in Germany. So the band is working more closely on the songs this time?

Paul: Richard still lives in New York. The band has been together in Germany for the majority of the songs. Richard has been flying back and forth a lot. The sessions have been really good this time.


The Gauntlet: With the band having such a positive time recording, will that make the album less aggressive?

Paul: I think aggression can be positive. Energy-wise, it is probably going to be heavier. Everything is going to be a little more on point. This could be the heaviest record we have done. The last two we did were a bit on the sweet side.


The Gauntlet: The last two were a bit on the sweet side, but they still had a dark and aggressive undertone.

Paul: The band thinks everything is heavier and tighter this time around. It is always difficult for the band to say though as the band thinks it might be heavier, but journalists will come out and say it sounds like the other one and this is completely different from the other album. It is very subjective. Now that we have already done a full five albums, we have a certain confidence that this album will be good. Just like you know when you are getting a Mercedes "S" Class, it will be a great car.


The Gauntlet: With 30 songs written, will you record all of them and split them between albums again?

Paul: It was an exception last time with 'Rosenrot' and 'Reise Reise.' We will just do one record and that's it this time.


The Gauntlet: The band took a nice year long break. How did you spend your time?

Paul: The idea in the beginning was to do nothing for a change as we have been so busy before. I have been playing music my whole life. For the first few months, it was really hard for me. I would be walking around my neighborhood not knowing what to do. Slowly but surely this nice and relaxing feeling began to creep in. I went off on vacation for two months with my family and was able to just enjoy being lazy. My band mate Ollie got me into windsurfing. I really went crazy about it. I am really, really addicted to windsurfing now. Anytime there is a bit of wind, I am ready to go. When there is no wind, I fly my electric helicopter at home. It was a really good thing for the band to have this time off. We weren't burned out or out of ideas, but we just began thinking why we were doing all this if we couldn't enjoy ourselves. We enjoyed the time away. There is no point waiting until we are on our pension to enjoy our time. I can now enjoy things like just getting on the computer and organizing a song, windsurfing and band practice. It is all the same.


The Gauntlet: With your new hobbies, do you think the band will take more breaks in between albums?

Paul: The band has always had a certain inertia to start and get things rolling for the albums. We have always needed a certain amount of time off before we start working on them. The way the band works is like a revolving door in a hotel. When you want to go in, it is always too slow. If you push the door, the whole thing stops and you get nowhere so you need to go with the tempo of the door. When we started, we started at the time of Nirvana, System of a Down and Limp Bizkit. Those bands went a bit too hard and tried to do too much, too quickly and basically things just slowed down. Knock on wood, things are still going well for us. We are like a really old car that needs to be maintained. If you treat it right, it will last a long time. A lot of bands seem to only last five years before breaking up.


The Gauntlet: Volkerball was recently released in the US. How were these specific concerts chosen to be included on the DVD?


The Gauntlet: Is this DVD sort of like an end of this chapter of the band?

Paul: Yes, the end of that era, exactly.

Paul: With the next tour, there should definitely be a DVD too. The band just loves doing what we are doing. I am amazed at times it is this way, but it is what keeps us going. We do what we like doing and we earn money for it, there is nothing to complain about.


The Gauntlet: Richard just released a new album for his side project "Emigrate," have you thought of doing something on the side?

Paul: From the beginning of the break, I was planning on doing something. I started to work on some film music. Luckily enough, it didn't work out and I ended up taking some time off. I am fully ready for Rammstein. My solo record would be taking off to Bhutan and climbing the Himalayans' or something.


The Gauntlet: I got into Rammstein from the live show and later discovered the band and musical aspect. Was this the reason for introducing the pyro into the live show?

Paul: Way back to our very first show, we used pyrotechnics. Whenever we had extra money, we put it into buying new pyrotechnics because we are all pyromaniacs and we really love it. We have never been into communicating with the audience in a clichéd way 'Hello London!' We communicate with the audience through our pyro. We didn't think it was something that unique and we didn't realize that not many bands do things this way. I thought it was interesting when I was at a Pearl Jam concert and they were just up on stage in there blue jeans. We are very theatrical and that's what we do.


The Gauntlet: Has there been any regret for doing the video for Mann Gegen Mann the way you did?


The Gauntlet: There are a lot of people who have stated they loved the song, but after seeing the video, they can't listen to it anymore. No bands have the balls to do a video like that and put themselves out there.

Paul: [laughs] My wife and daughter both think it is a disgusting video. We thought it was a cool idea to do. We did it because that is what we like to do. We think it is important to get ideas out there as artists. Art should provoke and disturb people a bit. That is the whole point to doing art.